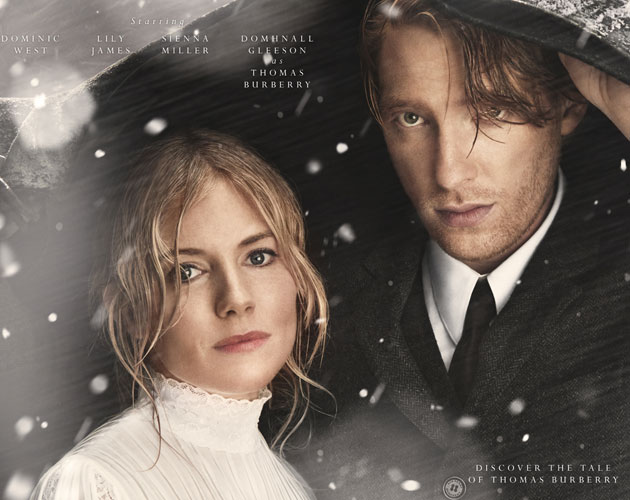 Just wait until you see who’s in it…

It used to be that Christmas began when the shops started filling with Yuletide paraphernalia; candy canes and novelty Nutcrackers lining shelves before we’d even had a chance to realise the seasons had changed.

Now, this beginning is marked by a slew of spectacular Christmas campaigns, delivered by some of our favourite British brands. While John Lewis never fails to make us weep, you’ll be hard pressed to find a starrier, more show-stopping cinematic offering than that of Burberry’s this year.

2016 marks the Brit label’s 160th anniversary and of course, Christopher Bailey and co. weren’t likely to let such a milestone pass quietly. Instead, Burberry has rounded up some Hollywood power players to create its own version of a film trailer that tells the story of Thomas Burberry, the label’s founder, and his unparalleled creative vision.

Domhnall Gleeson plays Burberry and we see his life pass in a series of events. He marries a luminous Sienna Miller, creates clothing for William Shackleton (played by Dominic West) and his exploration of the North Pole and there’s even a hint of an affair between Burberry and the first female aviator (Lily James), for whom he makes outerwear.

Sienna Miller stars in The Tale of Thomas Burberry

Throw in a haunting soundtrack by Lawless and we’re beginning to wish that this film were feature length. Not to worry, we can always watch this one on a loop.

As the film proves, it’s impossible to ignore the fact that Burberry has always been one of the most innovative brands in the world, something that remains true to this day. Let’s hope it reigns supreme for many Christmases to come.